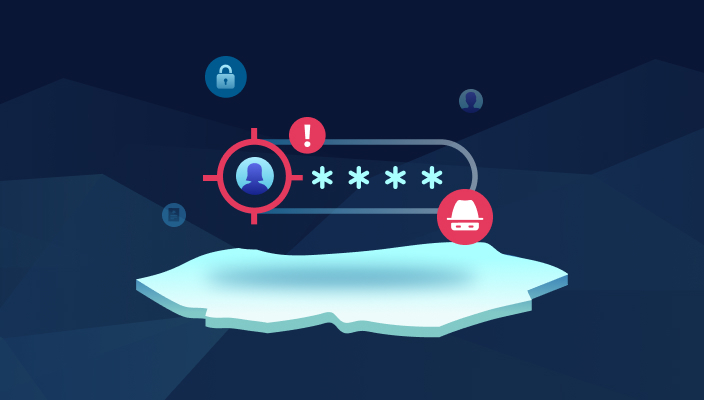 A Step by Step Guide To Broken Access Control Attacks

According to Accenture, security attacks have increased by 31% from 2020 to 2021. The average number of attacks per company has increased by approximately 23.7%, and Cisco predicts the cumulative costs of cybersecurity to hit $10.5 trillion by 2025.
‍

A security breach occurs when unauthorized actors find their way into data and systems they shouldn't be in. While the digitizing businesses through the cloud and online spaces have revolutionized the ability to connect people with information, it also spawned a new set of risks.

Access control is something we all know we should do - yet, rarely is it implemented properly. This leaves people and organizations vulnerable to data breaches and potential compromises. IBM puts the current average daily cost of a data breach at $4 million.

So what are the vulnerabilities that lead to access control attacks? And how can your team mitigate them before they become a major issue on your customers' trust, business reputation, and bottom line?
‍‍

Most systems have some form of access control in place to restrict access to sensitive data and systems. However, these controls are not always effective, and vulnerabilities can exist that allow unauthorized access.

Poorly designed access controls can be easy to bypass. Weak implementation can also lead to bypasses, such as when an administrator fails to properly restrict access to a sensitive file. The Identity Defined Security Alliance (IDSA) reports that 94% of organizations have experienced some form of a data breach.

There are many different types of access control attacks, but some of the most common include:

The listed above are common occurrences and are based on privileged access. This is why it is vital to understand horizontal and vertical escalation.

One of the most common ways horizontal privilege escalation is used is through “pass-the-hash” attacks. In these attacks, a malicious user can obtain another user's password hash and use that to log in as that user. This allows the attacker to access the other user's data without knowing their password.

Vertical privilege escalation is a serious security vulnerability because it allows users to bypass security controls and access sensitive data or perform actions they shouldn't be able to. For example, a user with low-level access to a database could escalate their privileges to the administrator level and then delete or modify data at will.

Insecure IDs are a major problem when it comes to access control attacks. They can be easily guessed, stolen, or simply forgotten, leaving your systems and data vulnerable to attack. There are a few simple steps you can take to prevent this from happening:

IDs should be at least 8 characters long and contain a mix of uppercase and lowercase letters, numbers, and special characters. They should also be unique to each user so that one person cannot masquerade as another.

If an ID is compromised, it shouldn't be used again. Reusing IDs makes it easy for attackers to gain access to your systems.

IDs should be stored in an encrypted format so that even if they are stolen, they will be challenging to decode.

Two-factor authentication adds an extra layer of security by requiring a second form of identification, such as a fingerprint, and an ID. This makes it much harder for an attacker to access your systems.

Make sure your users know to keep their IDs safe and secure. Attackers often exploit weak and insecure IDs by phishing or social engineering. Educating your users about best practices will help to prevent them from falling victim to these attacks.

Client-side caching is a type of caching that occurs on the client side, as opposed to the server side. This means that when a user requests a page, the server will send them a cached version of the page, rather than the most up-to-date version. This can be a problem for a number of reasons.

Client-side caching can be a vulnerability because it can lead to broken access control. If a user can access a cached version of a page, they may be able to see information that they should not have access to.

One way to prevent client-side caching is to use a server-side cache, which will store the most up-to-date versions of pages on the server rather than on the client. Another way is to use a client-side cache that is not accessible to the user. This can be done using a private browsing mode or a service that encrypts the cache.

Directory traversal is a type of security vulnerability that allows attackers to access files and directories they should not have access to. This can be done by manipulating the file path to allow the attacker to "traverse" the file system to reach restricted areas. Directory traversal is a severe security issue because it can expose sensitive data and be used to gain access to restricted areas of a system.

There are a few ways to prevent directory traversal attacks. One method to prevent this is to ensure that all user input is validated before it is used, achieved through input filters and character sanitization techniques.

To prevent privilege escalation vulnerabilities, organizations should carefully control which users have access to which resources. Additionally, users should only be given the permissions needed to perform their job. Here are four types of context-dependent access controls:

If you're looking to mitigate the risk of broken access control attacks, Polar Security can help. Polar automates the process of data discovery, classification and protection to prevent your company from becoming part of the statistics.
‍

Automated and continuous discovery and classification of sensitive data can give you unparalleled visibility and control over your data assets - giving you the power to always know where your data is stored, who has access to it, whether it is encrypted or not, and so on. With that, you will significantly reduce the risk of being targeted by a ransomware attack.

Thank you!
Your submission has been received!
Oops! Something went wrong while submitting the form.
Follow us

Data Security vs. Data Privacy: What should you be concerned with?

Data Quality vs Data Integrity: Why You Should Even Care